People that travel for a living know that early morning flights tend to be less delayed than evening flights. In the morning, the planes are usually already at the airport, so there is no chance of an incoming flight delay. There are no lines of planes waiting to take off yet, so the time between leaving the gate and getting into the air tends to be a lot less.

The difference in these times can be dramatic. Here is a report comparing an early morning flight with an evening flight from Newark to Chicago (two heavily delayed airports): Flight Delays

The report shows a table of min, max, and median delays:

And here are the two graphs shown in the report above: 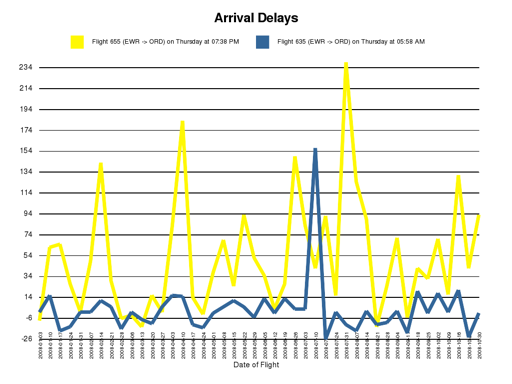 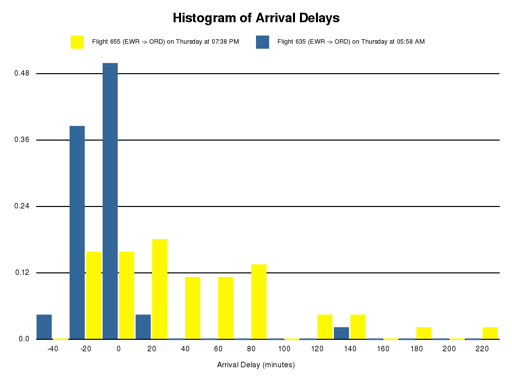 While we’ve been pushing more of our production services towards Continuous Deployment for faster and safer releases, we’ve discovered we can build the ideas...